Things to know before traveling to Gibraltar with your family

What better destination than the sunny seaside town of Gibraltar, with its incredible coastline, historic landmarks and bustling town life for a bonding family trip? It is definitely something a little different to the standard beach trip to city trip! Gibraltar is a good holiday destination for families with kids, as it is still easily accessible via the Mediterranean Sea and to the whole of Europe through the Malta airport.

A little bit of historical context

Gibraltar is a British Overseas Territory that is located on the most southern tip of the Iberic peninsula. Historically, this place has been through a lot! It was first settled by the Moors in the Middle Ages and after being ruled by Spain for an extensive period of time, the outpost was ceded to the British in 1713. The most striking geographical feature of this 6.8sq kilometres of land is the striking Rock of Gibraltar, a 426m-high limestone ridge, which has served as a military stronghold for centuries, up until WWII!

There is lots to do in Gibraltar that keeps all ages entertained – even on a rainy day!

Family-friendly activities to do in Gibraltar are at the order of the day. Playgrounds and adventure parks for kids dot the streets of Gibraltar. Even bad weather won’t stop the fun. If you’re unlucky enough to get caught up in a shower, don’t worry. The newly-built King’s Bastian Leisure Centre features a variety of fun indoor activities for your young ones!

A trip to the upper rock is a must!

There is not way you will miss this attraction! Exploring the famous Upper Rock is a must in Gibraltar, and definitely one of the best things you can do while visiting. Be aware that there will be limited toilet facilities while you’re up there so go for a potty break beforehand. Also, thenfamous monkeys of Gibraltar that can often be found roaming around and playing in the sun are as vicious and aggressive sad the signs say – so keep your toddlers in your arms and your bigger kids close and urge them it to approach the monkeys while sightseeing.

Give yourself extra time

No matter how good you are about planning excursions and contingency plans in advance you need to schedule in some extra time. You never know when something might wrong and unfortunately Gibraltar is not the most efficient, due to its restricted size! Whether it’s additional security checks at the airport or unexpected toilet breaks, it’s always smart to give yourself some time between excursions and tours to destress and regroup!

Public transport is excellent and cheap

“Are we there yet?” and other complaints about aching legs and sore feet tend to be extremely common among the little travelers. You will be glad to hear that public transport systems in Gibraltar is very reliable and reasonably priced rides around town.

While being beautiful and picturesque, the narrow streets of Gibraltar can be rather dangerous, especially if your kids are little explorers who have a tendency to wander off a times and do their own thing! If that is the case than be sure to keep a close eye on your toddlers while you’re strolling around the busier areas.

The compact nature of Gibraltar makes it mostly navigable on foot and transfer times from landing at Gibraltar International Airport to arrival at your hotel is usually extremely swift. This is perfect when traveling with kids because if the little ones are tired you are sure of the fact that the hotel is never too far!

“Gibraltarians” have full British citizenship, their currency is British pounds.

VAT is not charged in Gibraltar! The Spanish government must find that rather annoying because there are huge queues of cars waiting to drive through passport control and get some of that cheaper petrol on a daily basis.

It feels like England — street signs, traffic lights, mail boxes, pedestrian crossings, shops look just like they would in any town in the UK. If it wasn’t for the warm Mediterranean you could be fooled!

Getting to Gibraltar might just be the coolest experience of the whole trip! The airport is in the middle of it all so landing by plane will give you a thrill. No buses cross the border from Spain and since parking in Gibraltar is difficult, lots of people drive to La Linea, on the Spanish side of the border, park their (hire) car and then walk across the border, passports in hand. You will get to walk across the runway of the airport to get into Gibraltar! What a fun and unusual thing to do! 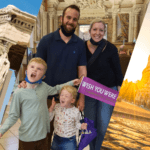 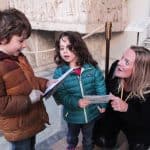 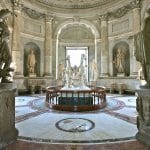